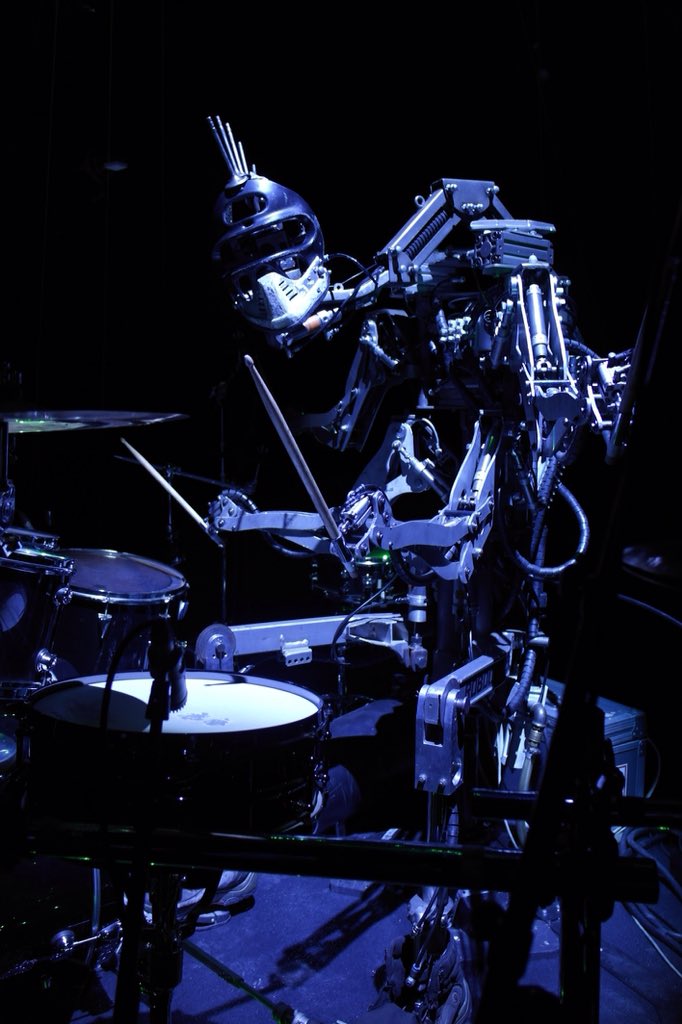 From basement gigs to big arenas, from snow storms in Russia to the blistering heat of Australia – on the road since 2007, Stickboy has seen it all!

Equipped with three more arms than the drummer from Def Lepard, he is only two limbs short of beeing a spider. But what really sets him apart from his human counterparts is his lack of a brain. No pesky thoughts to distract him from what he’s playing, Stickboy is one no-brain-having, six-limbed, son-of-a-steam-hammer rhythm machine.