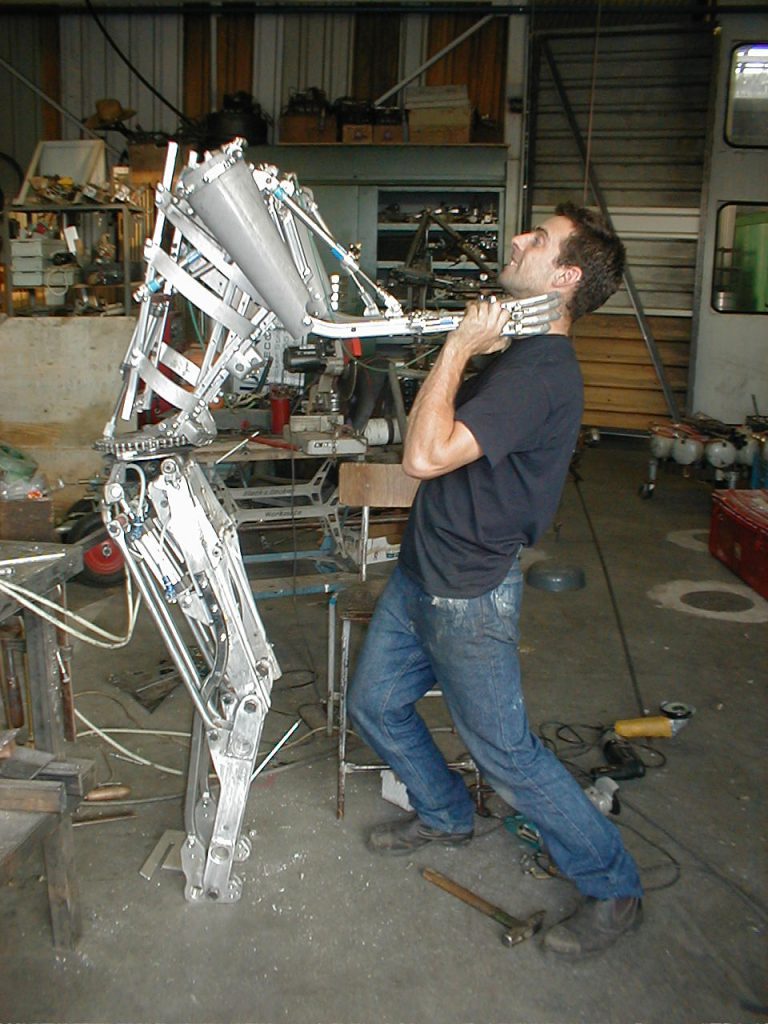 Robocross is the brain child of Frank Barnes. It serves a as a catch-all
name for all of his creations. Part artist, part evil scientist his
mechanical inventions have entertained festival-goers the world over.
They have performed in front of tens of thousands of people on some of
the worlds biggest stages and on live TV shows in front of literally
millions of viewers.
It doesn’t matter if they were made from high tech materials on state of
the art machines or welded together out of scrapyard bits, his
contraptions always capture the imaginations of audiences young and old.
Originally from England Frank now calls Berlin, Germany his home. Here
he is constantly at work, coming up with new ways to challenge what a
machine should be or how it  should behave. You never know what kind of
fire-breathing, logic defying apparatus-with-an-attitude will emerge
next from his workshop’s gate. You’ll only know that it’ll make you smile.

If you want to book Robocross for an event or you wish to have a special made machine or robot, then look no further and drop me a line.