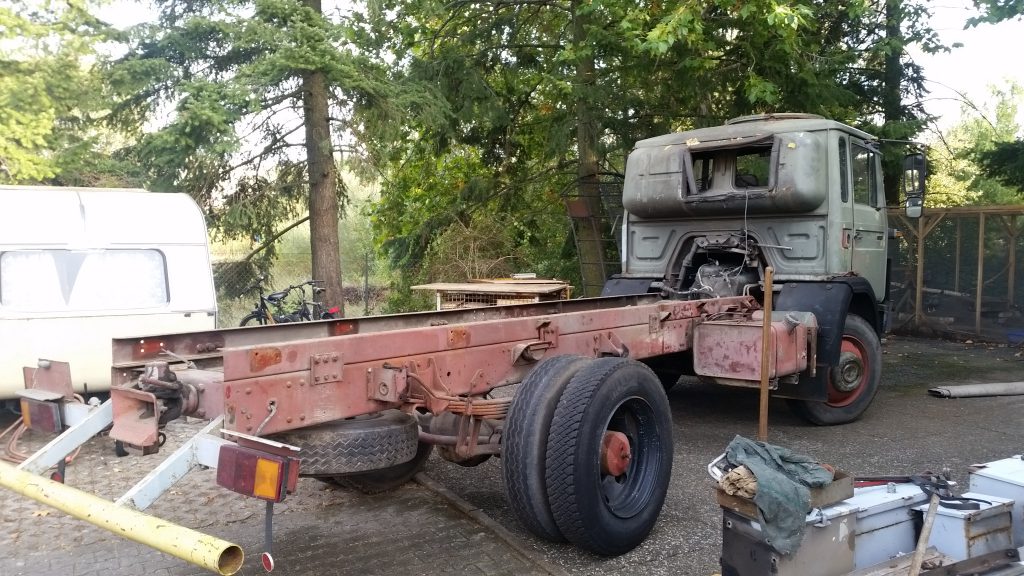 This project is another classic example of underestimating the work, time and cost involved.

However, I’ve started so i will finish.

What was originally a soldier transporter, has been converted into a Camper with style already in 2000.

After sitting outside my workshop for the last 12 years rusting away, it came to the point where either it goes to the scrap yard or to the big operating table for an overhaul. Overhaul it is !

Strip down has happened, the entire cab has been re-welded, all trace of rust has been removed.

The engine is on the bench , awaiting strip down. It doesn’t really need it but while it’s so accessable i might as well.

I have two brand new axles which i baught from the army stores waiting to go on.

Eventually It will be used as a race transporter for Robocross Racing Berlin.